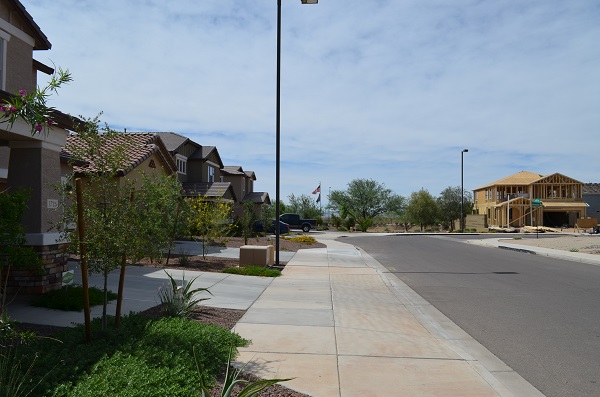 In an effort to keep up with increasing demand, homebuilders are ramping up construction in the Phoenix area.

While many worry there's a danger of overbuilding, one housing analyst isn't concerned.

"We've got a good market going, but we don't have a market going that's overheating," said RL Brown, founder of Scottsdale-based RL Brown Housing Reports. "I think we can continue to see moderate growth — healthy growth in this housing market for some period of time."

For the first six months of 2018, 11,808 single-family permits were issued in the greater Phoenix area, up 18 percent from 10,043, according to the Home Builders Association of Central Arizona.

Phoenix topped the list with 1,955 permits to build homes through June, a 48 percent increase from this time last year. On its heels is Mesa with 1,423 permits through June, up 4 percent from the same time in 2017, followed by Buckeye, with 1,114 permits, up 9 percent. Pinal County so far has 1,272 permits issued this year, up 20 percent.