Buckeye addresses our infrastructure needs (roads, buildings, facilities, water, sewer, etc.) through our Capital Improvement Program (CIP). The CIP identifies the city’s infrastructure needs, and creates and manages a variety of projects in a timely manner, and in the most cost-effect method 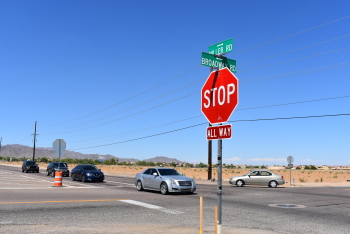 We share your concerns about addressing the traffic congestion on north and southbound streets that lead to I-10. We currently have several projects under way to alleviate this.

Improvement Districts require a formal agreement between several developers and/or private landowners, and are approved by the City Council. These types of agreements generally build a brand new road where one had never existed before.

The city uses its sales tax money in a variety of ways – from building new infrastructure and maintaining our current infrastructure, (streets, sidewalks, water, sewer, trash, etc.) to providing services for residents such as police, fire, before and after school programs, senior services, marquee events, 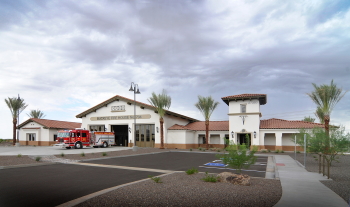 There is also a statewide fuel/gas tax of 0.18 cents per gallon, which goes into the Arizona Highway User Revenue Fund (HURF). These funds are distributed to cities, towns and the state’s highway fund. Cities and towns receive a portion of these monies based on their population. The state, cities and towns use this money for roadway construction and improvements.

However, the population formula for the amount of funding each city receives puts Buckeye at a disadvantage. For example, Buckeye has more roadways than the city of Tempe, but a smaller population. So, Tempe receives a larger portion of HURF funds than Buckeye. This allows Tempe to address their roadway improvements differently than Buckeye can.

Your taxes are helping improve our streets and roads throughout the city, but they also provide other valuable services our residents rely on every day.