Buckeye Police believe they have solved a rash of vehicle burglaries and a home break-in with the arrest of 23-year-old Paul Tafoya.

On October 25, 2019, Buckeye police were investigating one home and multiple vehicle burglaries in the Sundance Community, within blocks of each other. The victim of the home burglary reported catching the suspect in his garage and chasing him off. The victim was able to snap a photos of the suspect vehicle as it took off out of the area.

Officers located the suspect vehicle and saw Tafoya run into a nearby home. A search warrant allowed officers to recover some of the stolen property from the burglaries inside that vehicle, but Tafoya was still on the run.

On Tuesday, November 5, 2019, investigators tracked Tafoya to a home in the Buckeye area. Officers watched as he got into the passenger side of a car. Officers pulled over the car on Watson Road north of I-10. Tafoya took off running. Tafoya jumped a chain link fence and officers went after him. After a short foot chase, Tafoya was taken into custody and placed under arrest.

Tafoya admitted to the home and vehicle burglaries under investigation and told officers he burglarized 13 or more vehicles on October 25. 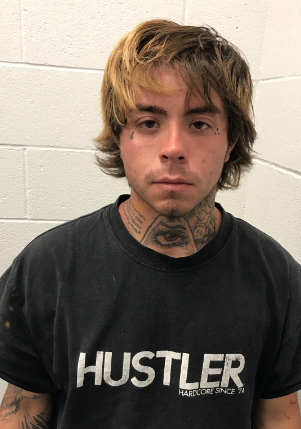