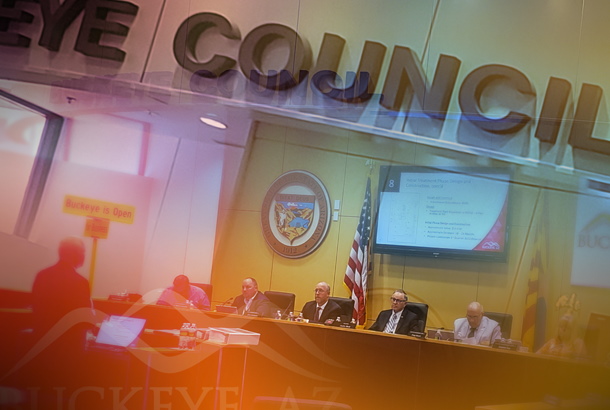 Council adopted the conservative strategy for the approximately $330 million budget to plan as if revenues will be similar to previous year, while capping expenses and building up reserves. This approach gives the city fiscal flexibility and accountability, while properly maintaining and operating the public infrastructure.

The most significant capital project underway is the Broadway Road Water Campus. Project completion is expected in early 2022. The Water Infrastructure Finance Authority provided a $108.5 million loan for this project, $64 million is in this year’s budget.

Buckeye also has approximately $3 million in General Fund capital projects already underway that must be completed to fulfill contractual obligations.

There are an additional $16 million in other capital projects proposed if revenues become available.

This year, Buckeye modified the public outreach process for input on the city budget to comply with CDC Guidelines of large gatherings and to promote physical distancing. An online video and comment form replaced the public meetings usually scheduled throughout the city during May.

On June 16, the Buckeye City Council adopted its Tentative Budget.