What is a Specific Area Plan?

Why are we doing a Specific Area Plan for Downtown? 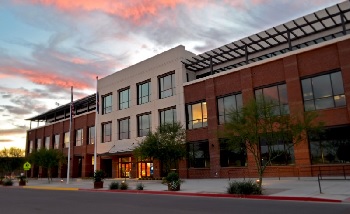 Over the past 30 years we have had several (seven or eight) plans or documents that identify “downtown.”  The area plan will utilize previous studies such as the Master Revitalization Plan Town of Buckeye Central Business District (created by Deutsch Associates in 1987), the Buckeye Downtown Revitalization Plan (created by ASU in 2002), and the Downtown Zoning Overlay adopted in the 2012 Development Code. Area plans can be both policy guides and regulatory documents so it will be expected that there is a land use plan consistent with existing uses and containing an analysis of current zoning.  The plan will include gateways concepts to and from I-10, SR-85 and future SR-30 as well as integration with the 2017 adopted El Rio District Area Plan which is located just south of the downtown planning area.

Up until October 2012, there was no officially adopted plan for downtown. The city combined all the studies and documents that defined downtown and adopted an overlay area in the Development Code to address private property development and infill needs, standards and guidelines.  This first step was done since the built environment has different needs than a new construction area.  However, the overlay only addressed basic code and private property development needs.  This Specific Area Plan was identified in our current General Plan update, and has been prioritized to help the city and anyone who wishes to develop give them a vision for “downtown.”